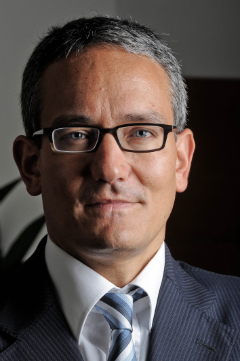 Maximo Ibarra 43 years old, degree in economics has attended an MBA, a Master in Telecommunications Marketing at INSEAD - Paris and a Course in General Management at the London Business School.

At the beginning of his career Maximo worked for Telecom Italia Mobile as marketing Analyst and then 5 years in Omnitel Vodafone where he covered different responsibilities and became head of the Consumer Marketing Department.

In 2004 back to the Telco Industry was appointed Marketing Director at Wind Telecomunicazioni. In 2009 becomes head of the Mobile Consumer Business Unit (Mobile and Fixed one year later).

In 2012 becomes CEO and COO of Wind Telecomunicazioni.